The Purdue Green Industry Team and Indiana Nursery and Landscape Association would like to invite you to a virtual event for the Green Industry and other Agri-Businesses featuring United States Senator Mike Braun.  He will be providing updates for Agri-Businesses from the federal government.  The state director for his office, Jason Johnson, will follow the senator by hosting a Q&A with the industry.

In addition to Senator Braun and Jason Johnson, Rick Haggard will give an update from the Indiana Nursery and Landscape Association and Dr. Cliff Sadof will provide information on Asian giant hornets, spotted lantern fly, and other invasive species.

Dr. Cliff Sadof, Professor and Entomology Extension Specialist, Purdue University: What You Need to Know About the Asian Giant Hornets (aka ‘Murder Hornets’), Spotted Lantern Fly, and other Invasive Species

Click this link to join the meeting from a computer, phone, or tablet: https://purdueextension.zoom.us/j/92562247848 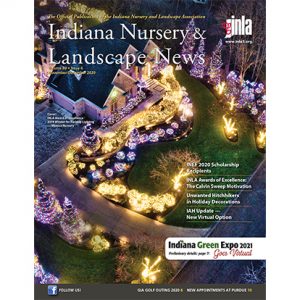