17-year Cicadas are coming: Are you ready?

When the irises begin to bloom, expect up to 1.5 million cicadas per acre to begin boiling out of the ground. This spring Indiana will see the emergence of the 17-year cicadas (Brood X). These insects feed underground for most of their lives drinking sap from tree roots. Once every 17 years they emerge en masse, climb up trees, sing (though it sounds more like screaming), mate, and lay their eggs on the tips of tree branches. This cycle is completely natural and has a long history in written and oral records. Cicadas are not harmful to humans, provide a feast for wildlife, and mostly only cause cosmetic injury to trees. However, there are some trees that will need protection to survive.

Where can you find cicadas?
17-year cicadas can be found throughout Indiana but the biggest populations will be in southern Indiana. According to Cicada Mania, these cicadas were reported to be more abundant in the following areas during their last emergence in 2004: “Bloomington, Brookville, Clinton Falls, Dillsboro, Fishers, French Lick, Indianapolis, Lawrenceburg, Lexington, Martinsville, McCormick’s Creek State Park, Nashville, North Vernon, Skiles Test Park, Spencer”

Cicadas need to feed on trees nearly constantly for most of their lives. They are therefore typically only found in areas that had trees 17 years ago and have continued to have trees since then. For example, an area that was forest 17 years ago but was cleared for farmland 10 years ago will not have a cicada emergence because the cicadas had no tree roots to feed on for the past 7 years. An area that was farmland 17 years ago and was recently planted with trees will also not have a cicada emergence because there were no trees on which the cicadas laid their eggs. However, a forested area or a city park that has had trees constantly for the last 17 years has a high chance of having a cicada emergence this spring.

When will 17-year cicadas emerge?
Timing of the 17-year cicada emergence depends on temperature. We can therefore expect them to emerge from the southern part of the state several weeks before they emerge in the north. The weather can also have an impact on emergence. For example, a warm spring might make them emerge sooner while a cold spring will delay the emergence. However, in most places the major emergences are expected to start in mid-April and continue through mid-May. A good rule of thumb is to expect the cicadas to emerge around the same time as irises start to bloom. You can also use the emergence calculator  to estimate when they will come out in your area.

Image Caption: 17-year cicadas have much brighter colors than their annual cousins. They can be recognized by their bright red eyes, black bodies, and orange wing veins. Image by John Obermeyer, Purdue Entomology, Purdue University. 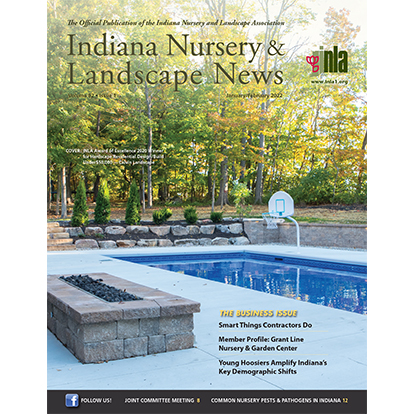