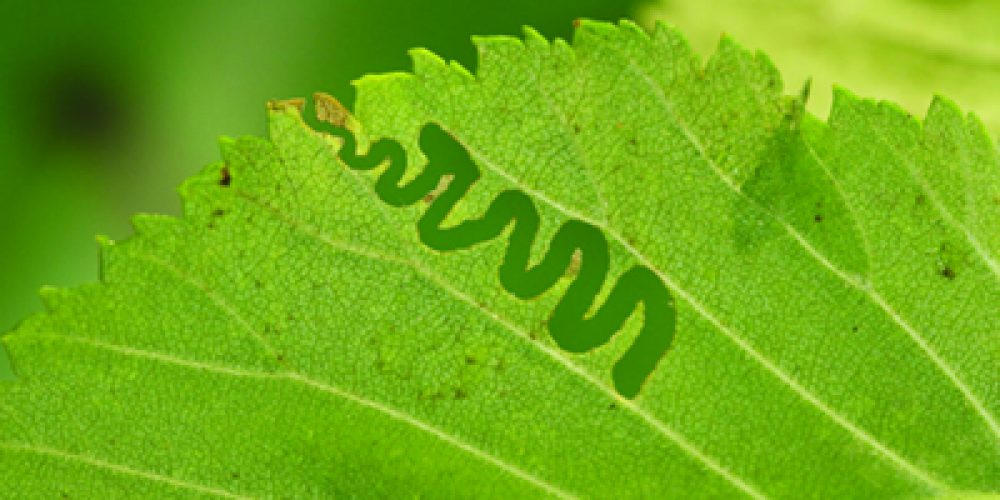 Keep an eye out for a new pest on your Elms! Elm Zigzag Sawfly (Aproceros leucopoda) is causing problems on elms (Ulmus spp.) in Europe where it has spread from its native range of Eastern Asia. The first report in North America was in Quebec in July of 2020. It was detected on elm trees in rural Sainte-Martine, Quebec. A year later in 2021 the first and only detection to date to be found in the United States was found in Fredricks County, Virginia. It is not known how widespread the infestations in Canada and Virginia are at this time. The Elm Zigzag Sawfly larvae is a leaf feeder attacking any age of elm and causing defoliation. After being defoliated, the new growth the elm tree puts out can be attacked by the next generation causing a general weakening of the tree. It seems that trees along roadsides, in fields or in isolated situations such as landscapes seem to be attacked more frequently than those in the forests.

In Europe, adults usually emerge from their pupation cocoons where they spent the winter in mid-April and are present through September. The Elm Zigzag Sawfly are parthenogenetic, meaning that it is an all-female species, and no males are needed for reproduction. The females start laying eggs on the serrated edges of the elm leaf where the eggs will hatch in 4-7 days. This sawfly can have up to six generations per year depending on the temperatures of their environment.

The adults are tiny sawflies with a black body and yellowish to white legs. It is less than 1 cm long, so it is very hard to see in the field. When the females emerge from their cocoon in the spring, they will lay 7-49 eggs singly in the tip of the serrated edges of the elm leaf. The adult females live for 3-11 days. The tiny eggs are green until just before they hatch when they turn black. The eggs hatch 4-8 days after being laid.
The larvae are present from mid-April until October. When the larvae hatch, they are grayish white, about 1.8mm long, turning green as they mature growing to about 11 mm. It has a black band on each side of the head and a triangular black spot on the upper back of the 2nd and 3rd body segments. The larvae go through 6 instars taking 15-18 days to complete before pupating. The larvae feed in a very typical zigzag pattern with the younger caterpillars holding on to the inner edge of the leaf as they feed. The zigzag pattern is made between the leaf veins. As the caterpillar gets older the pattern gets wider sometimes merging together and making it more difficult to see the zigzag pattern.

After feeding for up to 18 days the larvae spin a lattice-like silken cocoon to pupate in. These cocoons are located on the underside of the leaf. The adults emerge in 4-7 days. The last larvae of the season builds a much stronger, solid cocoon in which it is protected through the winter waiting for spring to emerge as adults to begin the cycle all over again.
The Elm Zigzag Sawfly with its short life cycle and multi-generations has the potential to have a devastating effect of elm populations that have already had to deal with Dutch Elm Disease. It seems to feed on all Ulmus spp. which could put the hybrid elms being used in landscaping at risk. It is a strong flyer and can be blown by the wind a considerable distance. There is evidence in Europe that the adults may hitchhike on vehicles as infestations tend to follow roadways. It can be moved long distance by the movements of elms in the nursery and landscape trade especially from fall to early spring when the overwintering cocoons are in the leaf litter and soil in pots.

In its native range, Elm Zigzag Sawfly is a minor pest but in Europe it has caused significant damage and defoliation to trees. This defoliation can add more stress to an elm tree already under stress from other problems such as Dutch Elm Disease. Insecticides can be used to control the Elm Zigzag Sawfly but because of the multiple generations and the ease of movement the insecticides have to be used every year sometimes several times a year to control the damage. In Europe, they are concentrating on single trees or small groups of Elms.

If you spot the Elm Zigzag Sawfly please report it to 1-800- NO-Exotics. 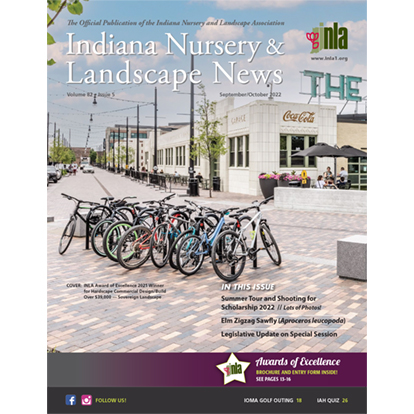