Mark Holeman was a man of many talents and interests. He was a creator of distinctive gardens. He was a collector of books, contemporary art, and uncommon plants. He loved fine wine, good food, and entertaining with both. He appreciated opera and a Roger Federer backhand. He had a robust laugh that he shared frequently with his many friends. He was generous with his wisdom, leadership, resources, and time. His life was well led and during it he touched many.

Mark was born in Miami Beach, Florida, but grew up in Indianapolis, where he graduated from Shortridge High School (1938) and Butler University (1942).

He served in the United States Army 1942-1946, landing on Omaha Beach during the later stages of D-Day. His civil administration unit eventually ended up in Germany’s Dachau region as the prisoners of its infamous death camp were being released. It was here that he met a young local woman who he convinced to move to the United States and marry him. For 74 years, he and Carmen were married. With their matching white hair, they were a perfect pair, forever linked as “Mark and Carmen”. It was impossible to speak of one without the other.

Mark landed a job as office manager for an asphalt surfacing company, at a time of major construction of highways and interstates in Indiana. With plantings typically required as part of this work, Mark saw an opportunity. In 1965 he started Mark M. Holeman, Inc., a landscape design and construction company that he nurtured for the next five decades and that continues his legacy today. Beginning with highway planting contracts, he eventually tired of its administrative challenges and transitioned his work to office buildings and institutions, and eventually to what he became best known for, residential projects. It was not always a smooth road though, and Mark would often recall when in 1972, a downturn forced him to release his entire staff and he survived from the sale of 100 Chrysanthemum plants.

A 1951 trip to Savannah, Georgia introduced Mark to azaleas. They became fast friends and led Mark down the path of becoming an avid plantsman, with a passion for rhododendrons also emerging. He was self-taught, with books, conferences, conversations, and personal experience molding his knowledge.

Mark left an indelible mark on the landscape of Indianapolis and central Indiana. He brought to each of his projects creative elegance, horticultural distinctiveness and impeccable taste. He was proud of the long-term friendships he developed with his clients as he continued his guidance as their landscapes matured and evolved. Working well into his 80’s, he loved his work and was always the first to arrive in the morning and last to leave in the evening. Usually at his side in his office was one of the several cats he cared for through the years.

Among his favorite creations were the 20 gardens he designed between 1969 and 1993 for the Indiana Flower and Patio Show. Without a client to please (except himself) and an open budget, his artistic juices would really flow.

To the many employees who passed through the doors of his business, he was a mentor, a teacher, a friend, and a shining example of professionalism. As current Mark M. Holeman, Inc. president Rich Blankenship recalls, “Mark was first and foremost a leader. We always looked to him when we didn’t have the answer. He mentored many of us as we learned to be the leaders we are today. Not a day goes by that I don’t ask myself ‘What would Mark do in this situation?’ I’ve missed his office door always being open and an empty chair in front of his desk for anyone wanting to talk with him. He always listened first and spoke later.”

Mark was a strong proponent of professional involvement and community service. Accordingly, the list of organizations and groups he served and supported is lengthy.

Mark was particularly active at the Indianapolis Museum of Art (Newfields) where he was:

Among other groups that benefited from his engagement were the Indianapolis Zoological Society, Herron School of Art, St. Vincent Hospital, Indianapolis Art Center, Franklin College, Festival Music Society, Indianapolis Ballet, and Butler University, which in 1990 honored him with its Alumni Achievement Award.

Mark was not a big sports fan. However, for one July week every year, instead of being in the office, meeting with a client or on a job site, Mark, with Carmen, would be found at the Indianapolis Tennis Championships. He would in fact follow tennis throughout the year. It was only appropriate, that this sport of gentlemen appealed to Mark. He was always a perfect gentleman himself.

A celebration of Mark’s rich life will be scheduled for a later date. A memorial to Mark is going to be incorporated into the gardens of Newfields. Donations in support of the memorial can be made to Newfields, either online at https://discovernewfields.org/give, or by mail to:

Please note that your donation is in memory of Mark Holeman. 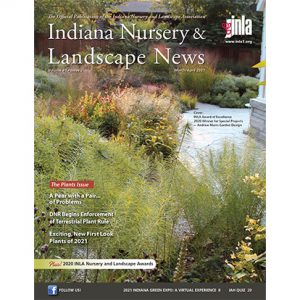